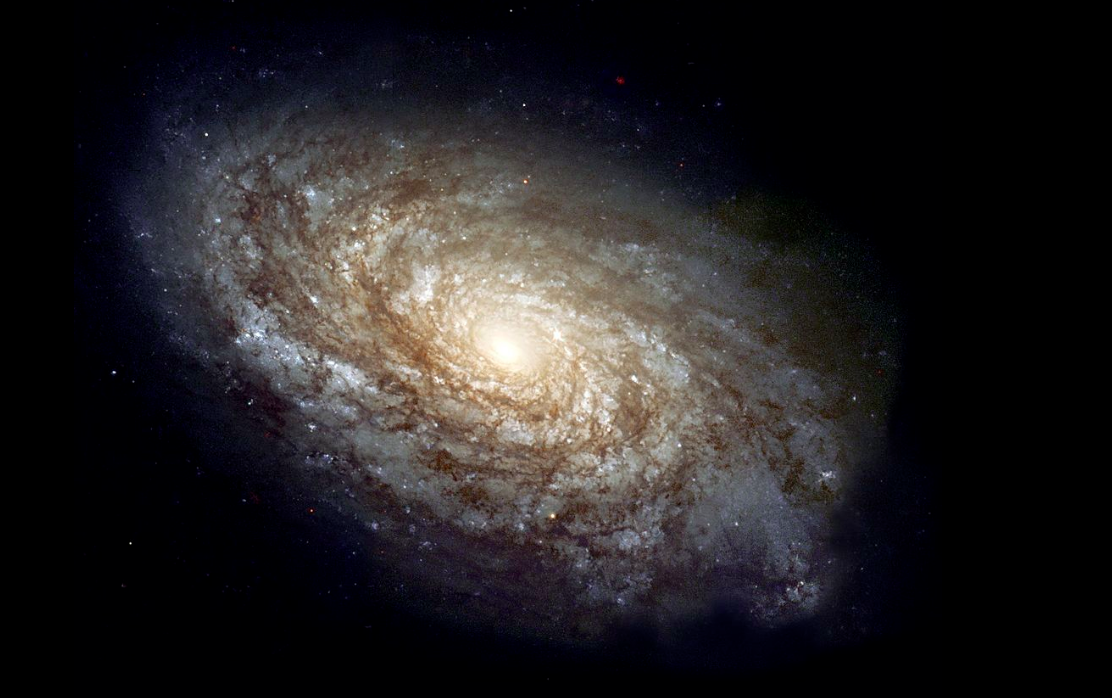 I’m going to draw a huge parallel between the search for intelligent life and you finding a girlfriend or boyfriend. 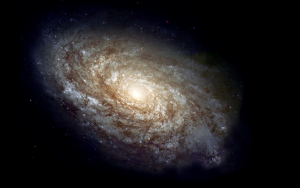 A little background.  There’s this equation that describes the possibility and odds that there is intelligent life out there.  In short, there should be –  lots of it.  We’ve found over 3,500 planets so far orbiting other stars.  Pretty amazing, eh?   That’s 3,500 planets, period.  We don’t know if any actually contain alien life, or how many exactly could support what we think of when we think of ‘life.’   However, it is believed that in our  galaxy alone there are 11 billion planets that could and very well may harbor life as we know it – earth like planets orbiting at just the right distance around a star very much like ours. Liquid water, trees, germs, mosquitos, people.  11 billion.  In just our galaxy.  Don’t even expand that to other galaxies.  That’s astounding enough to hurt your brain.

So, because of this, many people have said, “So where are the aliens?”  “Why don’t they visit us?  Why haven’t we met any of them yet?”

The Fermi Paradox, created by Enrico Fermi, addresses that.  And with that I’m going to address your current dilemma.

The Fermi Paradox has a number of arguments and solutions to why we haven’t seen them.  It considers distance, the age of the civilizations, whether any of them pass “the great filter” and even if we are in our own bubble.  To me, some of the most compelling of those arguments boils down to what I think of as synchronization.

It’s the same for relationships.

All thoughts of the perfect mate aside, let’s consider what an ideal mate for you is.  You think it’s pretty simply, right?  “I just want to meet someone nice.  I just want a guy that makes me laugh,” etc.  Well, you don’t.  Regardless of what your primary interest is in a mate, you need to add “and is attractive” to the end of it.   So if you want someone who “is really funny” then you actually want someone who is “really funny and is attractive.”  Why?  Because you’re shallow?  No, because you’re human and that’s how it works – that indescribable spark that tells you right away this is someone important that you should get to know.  The foundation of onlyaglance.com, by the way.

Then add to that requirement that they are age appropriate, are a good person (obviously, right?), live close enough to you so that you can nurture the relationship.

If you have already been married you may want someone also who has been married so you’re in the same place, experience wise.  If you have kids, you may want that as well so you have parenting in common.  Tweak that further because you have teens, you don’t want to date someone with toddlers.  Or, vice versa.  Or maybe you don’t want someone with kids at all because that’s not your style, or you want to start a family with someone at the same point.

You begin to see the complexity unfold, and why these multiple dates you’ve gone on turned up nothing.

There’s this awesome race of aliens.  They’ve solved a lot of medical issues.  They even have pop music that almost everyone likes.  Also somehow every flavor of jellybean is really good.  If they met us we’d be instant pals, and our lives would be so much richer.  We’d live longer and eat a lot more jellybeans.

Except that they’d all be dead by the time we reached them.

They are many many galaxies away from us.  Our best technology wouldn’t even get us out of our own galaxy before their entire civilization would die out.  Or us, even discounting nuclear wars, overpopulation, etc.

Consider that there are 7 billion people on this planet.  The chances that your soulmate lives a mile and a half away are pretty slim.  The farther you travel, the better your chances of meeting your ideal mate, or at least one that is gives you that spark and compatible enough.  Consider where I live – next to a giant lake. If you draw a circle around my location, half of that circle is water.  So, unless I want a mermaid, I’m dealing with half of choices land locked people are. No offense to Merpeople, I’m sure they are lovely.

However, traveling far also creates a number of hurdles.  When you have a long distance relationship, you have to deal with a whole set of challenges:

So there’s this really cool race of aliens.   They even look like us, but no one wears hats.  They are anti hat, but all have really nice heads. It’s a cute quirk.  They really enjoy the food we make, and in exchange have a way to generate electricity just by smiling a lot.  If we met them we’d be awesome pals, get along great, have fun sharing our music and exploring their vast gardens populated by exotic animals that are easily trainable, and would never poop in the house.

Except they’re all dead.  They died off 600,000 years ago.  All their stuff is dust.   Including the pretty lizards that you could teach to bring you a beer with their tail.

If only you had met them a long time ago.

Remember Age Appropriate?  There’s some flexibility there.  Without setting off the Creepometer, a few years in either direction is typical.  There are people out there that would be a great fit, if only they were 20 years younger, or older.  Also, unlike the aliens, they may be the appropriate age, but they are involved in a relationship.  You may even meet someone who is in the process of a divorce, but process of is not the same as divorced a couple years ago.  Trust me.  And you don’t want to be the reason for a relationship ending.

So, there’s this great alien civilization.  They show great promise.  They are for the most part, good people.   They look enough like us that we’d be compatible, and we’re sure they’d laugh at our jokes.  They are really good looking people.

Except that they regularly go to war, think nothing of cannibalism and haven’t yet discovered electricity.

If only they were more mature.  Meeting them would be a drag, with us doing all the work, sharing all the technology, and dude don’t eat that!

You may meet someone that seems nice, but they haven’t been through what you’ve been.  Or, she never got around to getting married and having kids.  However, you have a 12 yr old.  Abrupt scheduling changes, a sick kid and a schedule that revolves around their sports schedule is completely foreign to them.  Your lack of freedom and constant planning is just not going to work.  Everything else is great though; this guy is seven feet tall, has a mouth full of giant white teeth that could bite through a crowbar, is well off and is funny (and exceedingly attractive).  He’s also a bit selfish and self centered, having never had to cancel everything because his daughter is sick, or stay up all night worrying because she has a mystery illness.  All his finances have gone into him, not his kids.  He’s been around the would nine times.

So, there’s this awesome alien civilization.  They aren’t that far away.  Actually they are only a couple stars over and they’ve mastered the kind of travel that would get them here in a day.  Really friendly, they would be fun to meet and instead of weekends they just make sure everyone goes on vacation for half the year.  Also all sunscreen is edible.

Except they don’t know we exist, and may never.

See, we monitor radio signals in the sky.  Not all radio signals, just some of them.  And, we only do it in a small section of the sky.  And radio only travels at the speed of light, and gets weaker and weaker.   Not of that matters anyway because they don’t use radio to communicate.  They discovered an entirely different way to communicate, and our technology is completely unaware of it.  We can listen all we want to a slice of a slice of the sky and we will never know they existed.

And neither will they.

If you, like clockwork, go to work, come home, do your thing and go to bed you’re operating in a similar band.  There may be a perfectly acceptable mate waiting for you at the cafe just up the street, if only you would change your schedule and go there at three pm when you’re normally listening to a boring finance meeting.

It’s not you, it’s the aliens

When you wonder why you haven’t met the right person, just consider that you have a lot more requirements than you think – whether they are requirements you impose actively (you want a tall guy), or requirements that are just part of your current situation (you have kids and want the same).

When you go out to find someone, realize that it’s a big world/galaxy out there, and don’t feel so bad that you haven’t met them yet.  Do consider schedule changes.  Do consider operating outside of your bubble and considering different forms of communication.

If you’d like more thoughts on dating sites, dating and weren’t totally shocked that I drew parallels between The Drake Equation and The Fermi Paradox, follow my onlyaglance.com account of twitter.  You can also take a peek at Alchemy For Life Coaching. Dating is sometimes a part of coaching someone on balance. I write often for AFL, but also created onlyaglance.com and thought this post was more appropriate for the dating site, considering the approach of Valentines Day.

Also, pass the jelly beans.  No, no that one, blech. 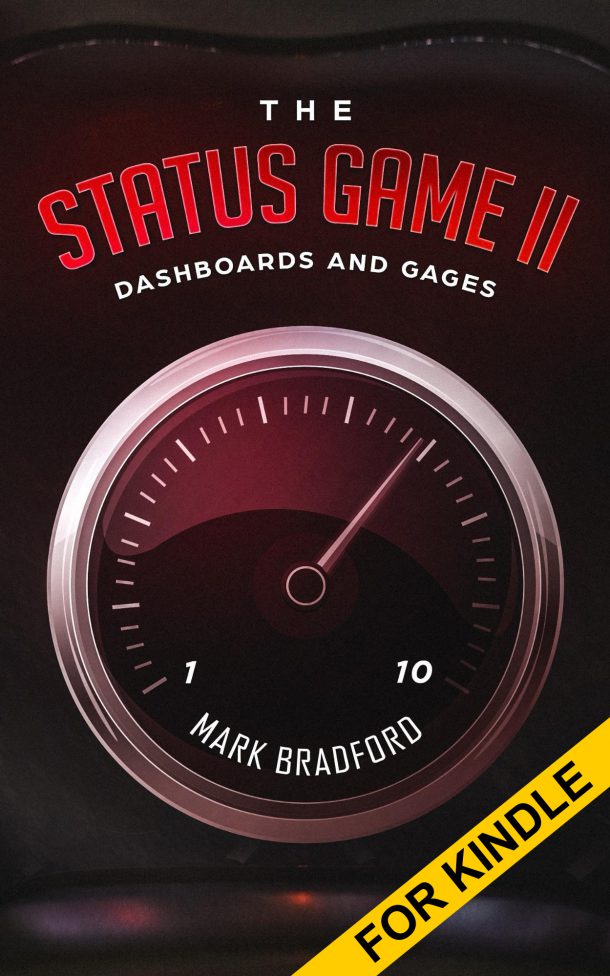 Frustrated? Yeah, me too. Check out The Status Game - the sequel to the book that explains how we connect and that all relationships are based on one thing.

Join the list and get a heads up of FREE Kindle days, new book releases and special deals.

You have Successfully Subscribed!